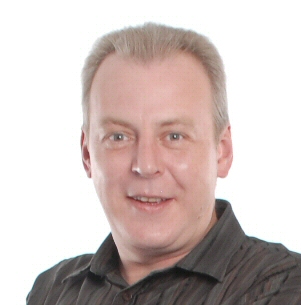 Mike Vosper is one of the UK's leading dealers in Ancient Coins. He is based in Hockwold in picturesque Norfolk (previously he lived in Colchester, Essex) and has been collecting coins since the age of eight when he came across a pile of "Bun-Head" pennies in an old Victorian till that had been kept in his father's garage in Billericay. This find launched him into the fascinating world of numismatics and for the past 20 years he has been dealing in ancient coins. Because it originally started as a hobby, Mike has gained a lot of knowledge and experience over the years which has increased since dealing full-time.

The widespread network that Mike Vosper has built includes collectors, detectorists and other well known dealers enabling him to offer a wide variety of selected pieces that are on offer to yourselves.

To suit every purse Mike Vosper has an extensive range of Celtic, Roman, Greek and Hammered for sale. The range of coins available include:

One of Mike's main areas of interest is in Celtic coinage as there are unresearched areas with new and exciting coins appearing, giving a further insight into the social and economic background of the Celtic people of Britain. They are, in the most part, "prehistoric" which means that all research has to be done from the finds of the coins and with little help from written documents.

Mike Vosper currently sells his coins via this and other sites on the Internet, enabling other collectors to have the opportunity to view and purchase his coins from anywhere in the world. He also attends numerous coin and collector fairs in the UK throughout the year.

MICHAEL VOSPER, a dealer with a wide numismatic repertoire who prices the Roman coins in our Coin Yearbook price guide, talks to JOHN ANDREW

Like many dealers, Mike Vosper's interest in coins goes back to his childhood when he came across a pile of 'Bun-Head' pennies in an old Victorian till that had been kept in his father's garage in Billericay. This find launched him into the fascinating world of numismatics.

"One Christmas or birthday, I can't remember which, I received my first coin album with an Edward I Penny inside which I still have to this very day", he said gleefully. "That's how my interest in coins all began." He continued, "Throughout my teens I was buying coins from dealers local to my hometown of Colchester. I was buying Roman and English hammered - the best I could afford. I remember paying £150 for an Edward the Confessor penny. That was an absolute fortune in those days for a 16-year-old to spend on a single coin. Of course, when I left school and started working I had more money to spend."

I asked Mike what appealed to him about coins. "That is the hardest question of all", he immediately responded. "I like the academic side - especially the research. I also enjoy the historical aspects and the fact that coins are a tangible link with our past. Then there is the artistic ... there's just so much", he said after a brief pause. So what about the transition from collector to dealer? "When I left school I started working in the kitchen trade and managed several studios", he responded. "However I felt that this wasn't the life for me so in my mid-20s I began working part time and started buying and selling ancient coins as a sideline. I spent about a year combining the two roles. This gave me time to put feelers out for contacts and to build-up a stock. My collection of course was my initial capital for the business."

"I then started to exhibit at local collectors' fairs at places like Cambridge, Chelmsford and Mildenhall. Then in 1992 I became totally self-employed and started attending the major coin fairs - Birmingham, York and London." Because it originally started as a hobby, Mike has gained a lot of knowledge and experience over the years. This has increased since dealing full-time. The widespread network that he has built includes collectors, detectorists and other well-known dealers enabling him to offer a wide variety of selected pieces.

Today Mike specialises in Celtic, Roman and Hammered including English, Irish and Scottish, but also deals in Greek and Byzantine coins as well as other numismatic related items. "We always have the largest stock of Celtic coins at coin fairs", he added. Until the beginning of 2006, he issued lists on a regular basis. However, he now places selected coins on his website. "Producing coin lists, managing websites and attending the major coin fairs is just impossible - after all there is only two of us", he added. "The websites are a very efficient way of selling. Many coins are purchased within a few days of being listed." He continued "Because of the competition that has grown between auctions houses and dealers we have set up the Coin Conveyance Programme, selling collector's coins - either collections or groups - on a commission basis. Not only does this enable us to see coins that are not normally on offer to dealers, but we can also sell the coins without the initial outlay. This gives us more scope to expand and there are advantages for vendors too."

In the 1999 British Numismatic Journal (BNJ), there is a joint note with Martin Allen of the Fitzwilliam Museum. The subject is An Edward III Class 15d Penny of Reading. Mike told me the background to this. It is an extraordinary story. "I was at a coin fair in 1999 and a detectorist came round with a broken hammered penny. He wanted to know what it was, but no one at the fair could help him beyond it was struck during the reign of Edward III. However, as soon as I saw it I knew it was unique as it was an Edward III first coinage penny struck at Reading - there is a scallop shell in one quarter of the reverse. There are very rare Edward III second coinage pennies of the mint, all with the scallop shell, but then, no first coinage penny", he told me. Although Henry I granted Reading Abbey coining rights in it foundation charter of 1125, the right was omitted from a charter of Henry III and specifically excepted from a charter of Edward II. Edward III revived the abbey's minting rights in 1338 and first coinage halfpennies are extant, albeit they are extremely rare. In the fifth part of the Fox brothers' Numismatic History of Edward I, II and III in the BNJ for 1913 predicted that the first coinage Reading penny "will eventually come to light. It is now in the Fitzwilliam Museum", Mike told me with obvious pleasure.

Since 1997, Mike has been assisted by his partner Viv. She gave up her post as a Customer Services Adviser at a building society to keep the administrative wheels of Mike's growing business running smoothly. Three years later the couple left Colchester for the village of Hockwold-cum-Wilton in Norfolk where they converted the outbuilding to their new office. Given Mike's interest in Roman coins, it is appropriately the site of a port and temple used by the Romans from 200AD through to the late fourth century. As well as pricing the Roman coins in our Coin Yearbook, Mike answers questions for our Coin Clinic. Mike Vosper's website is at www.vosper4coins.co.uk.
COIN NEWS - 28 December 2006

Mike served as a Committee Member. 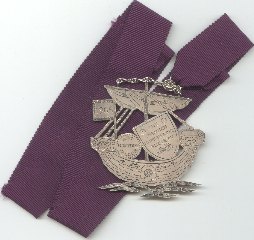 If you would like to talk to Mike, please call;